Saudi Arabia sealed one of the biggest World Cup upsets by beating Lionel Messi’s Argentina 2-1 at Lusail Stadium in Qatar.

Messi’s quest to win the one major title to elude him got off to a shocking start on Tuesday and brought back memories of Cameroon’s 1-0 win over an Argentina team led by Diego Maradona in the opening game of the 1990 World Cup.

Messi rolled in a penalty to give Argentina a 10th-minute lead. But goals by Saleh Alshehri and Salem Aldawsari in a five-minute span in the second half gave the Saudis their biggest win.

This also rivals shocking results such as Senegal beating then-titleholder France 1-0 in the 2002 tournament opener and the United States stunning England by the same score in 1950. 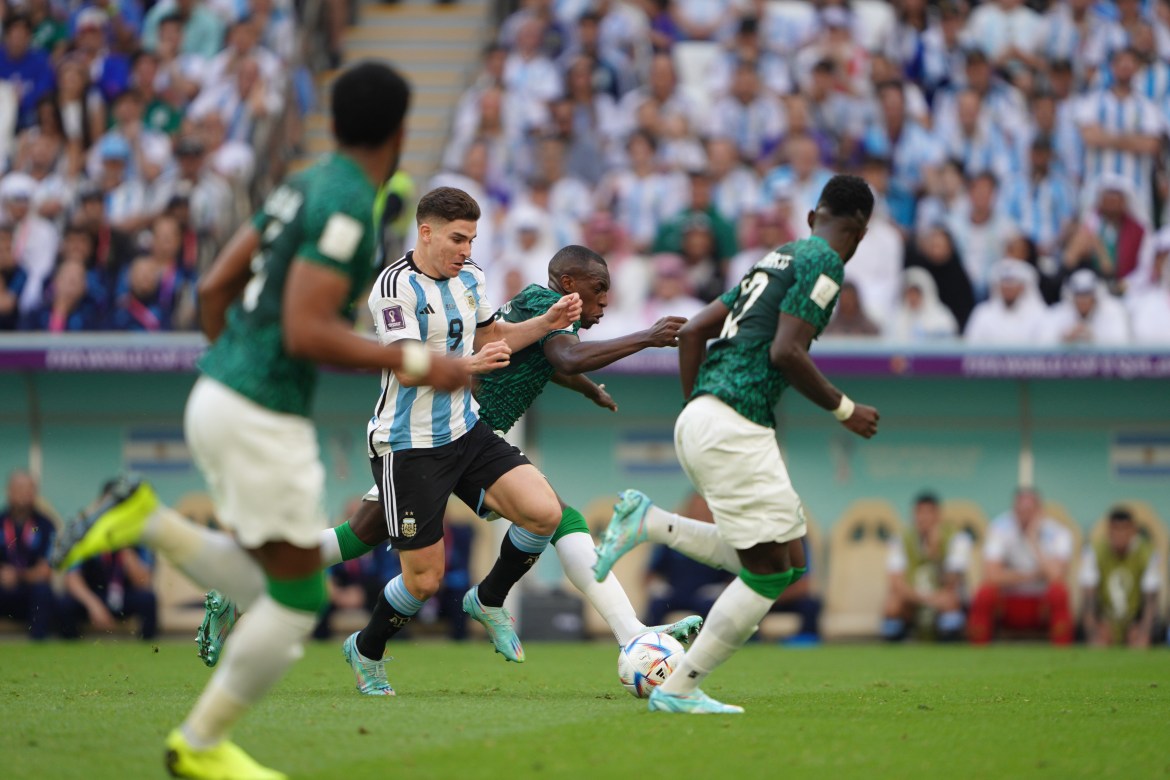 The Saudi team was constantly under attack by Argentina’s forwards. 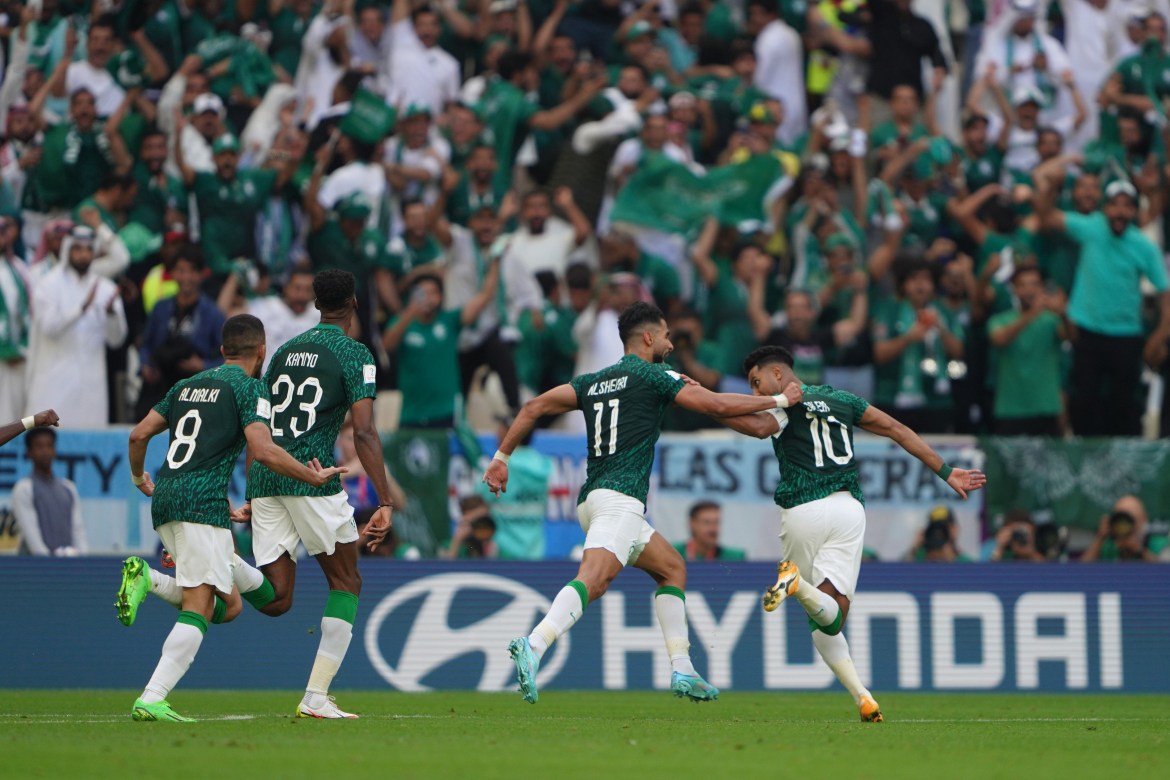 Messi scored an early goal but Saudi Arabia hit back with a quick brace. 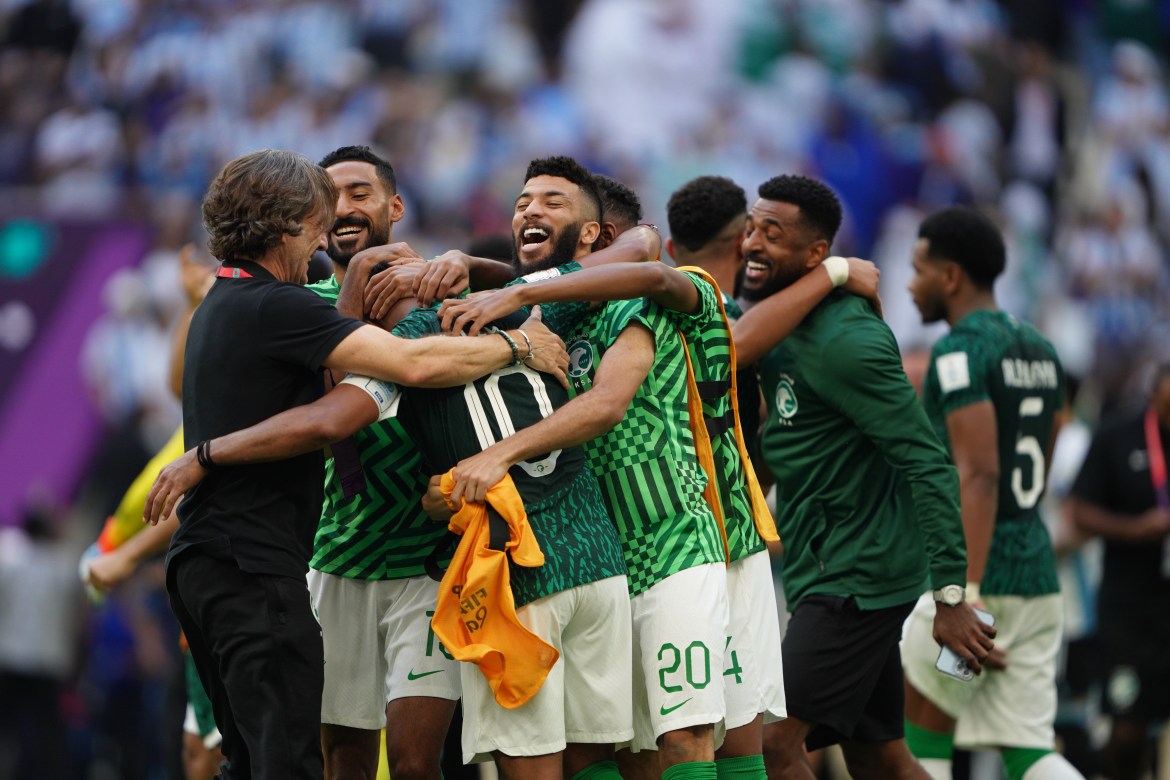 The celebrations on the pitch were wild after the final whistle. 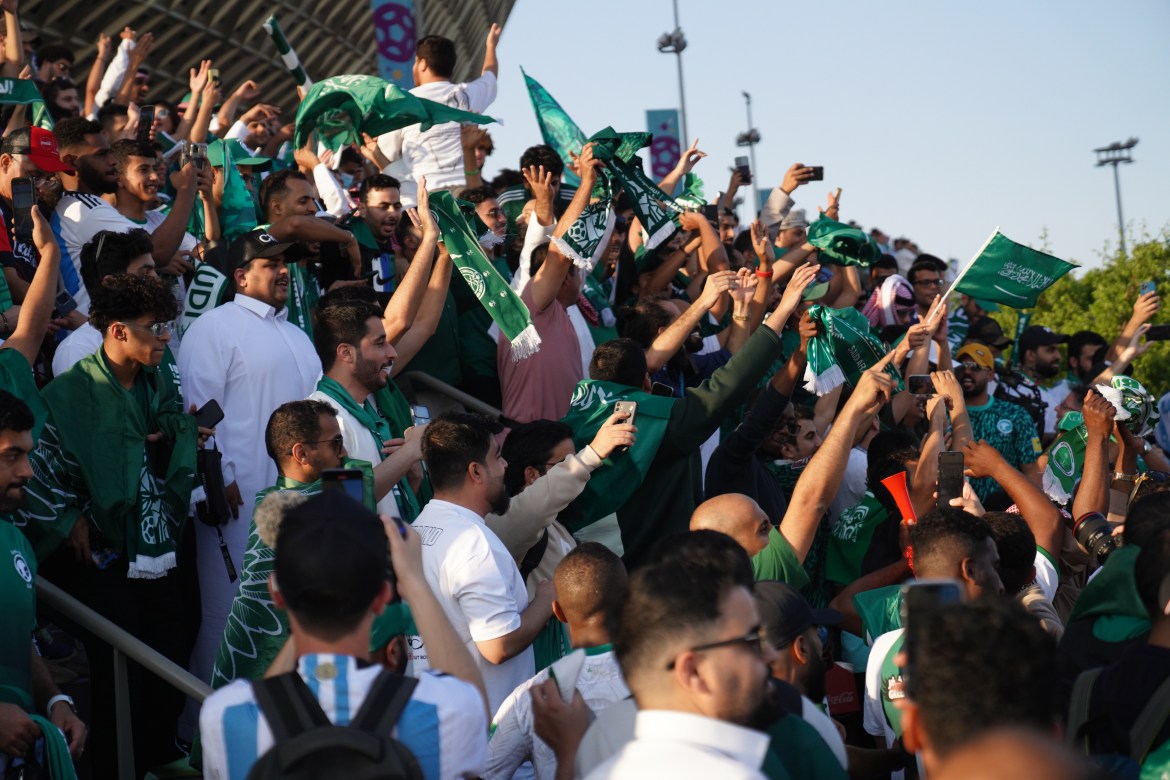 Saudi fans celebrate outside Lusail Stadium after the team handed Argentina its first loss in 37 games. 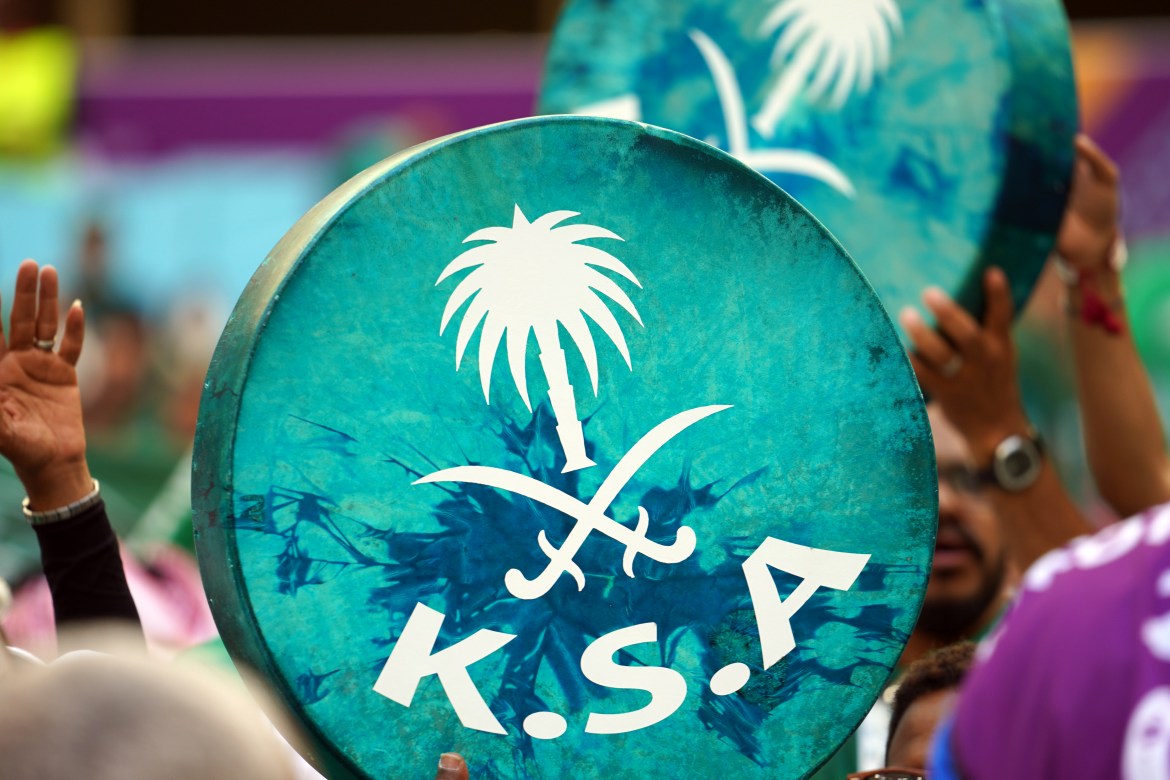 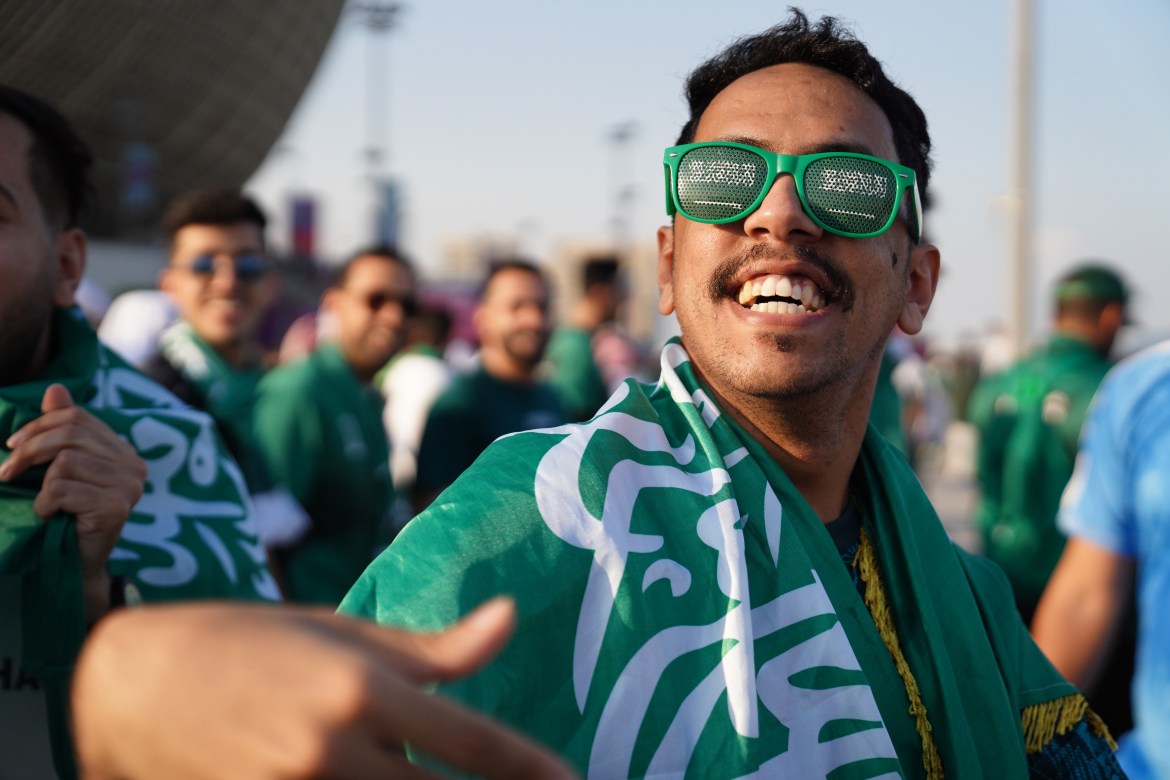 Saudi fans celebrate after the match that has thrown the group wide open. 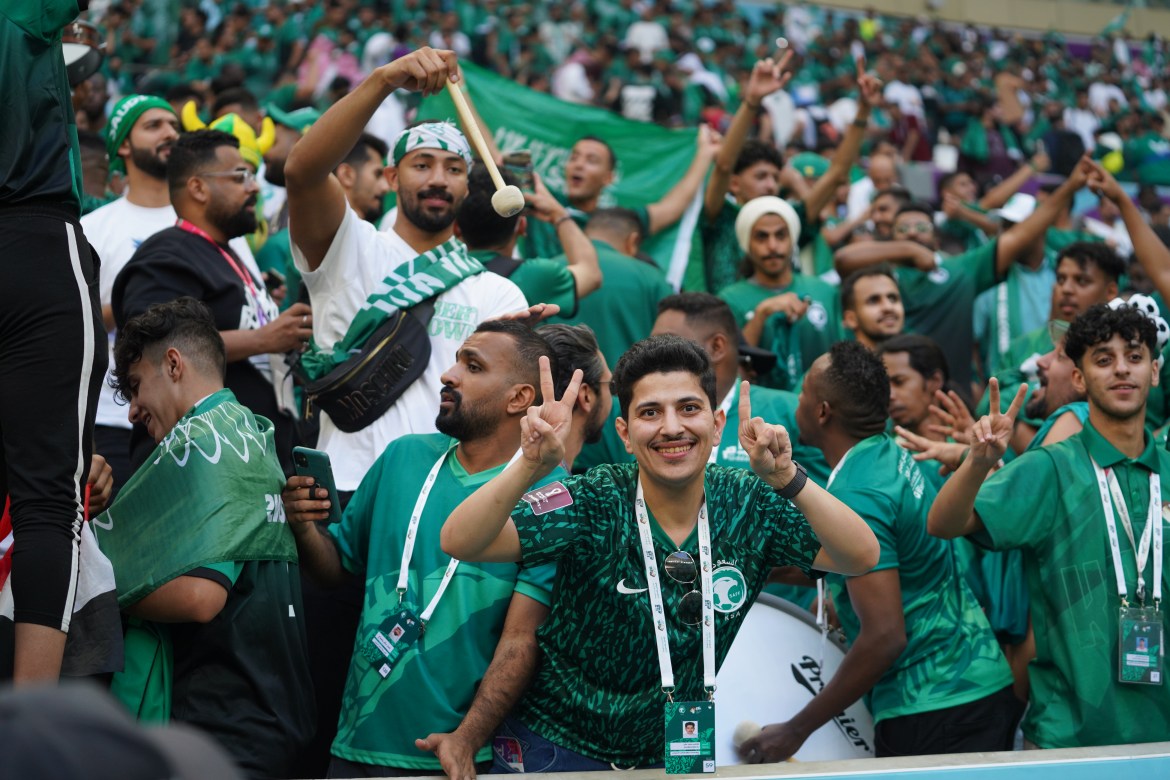 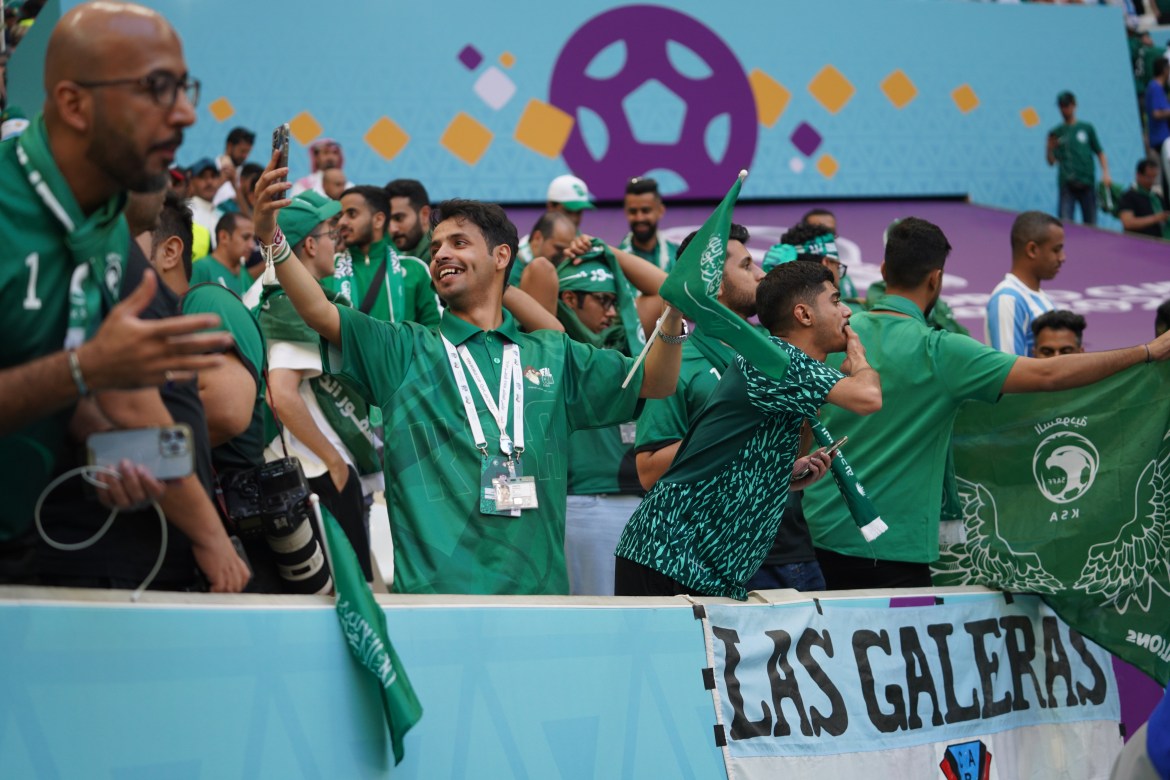 Celebrations were seen across the city of Doha, Qatar after Saudi Arabia’s stunning upset. 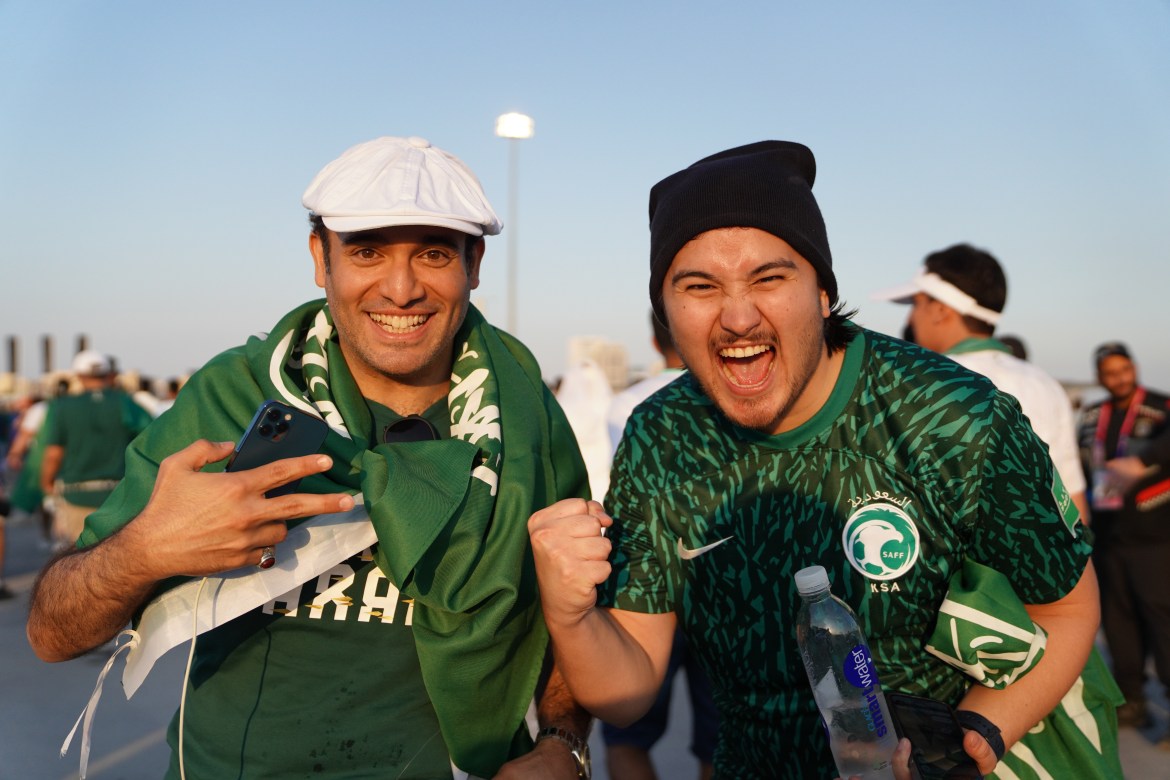 Saudi fans continued to celebrate the remarkable win long after the final whistle.